“Education is the most powerful weapon which you can use to change the world.” – Nelson Mandela

The world has seen some of the most iconic and inspiring leaders of all time. One such leader was Nelson Mandela, who not only brought about a revolution in his own country but also changed the way how people all across the world treated a certain section of society belonging to a particular “skin colour”.

Nelson Rolihlahla Mandela was born in a small village in South Africa on 18th July 1918. On his birth, Mandela was given the name “Rolihlahla” by his parents, which means a ‘troublemaker.’ In his school days, he was named “Nelson” by his teacher. He did his schooling from the Clark Berry Missionary School. Unfortunately, Mandela lost his father when he was just 12 years old, but his joint family never made him feel alone.

His family helped him through his education, and he completed his graduation from Healdtown College. Mandela was always interested in law; therefore, he started studying Law from a university in Johannesburg, South Africa, in the early 1940’s.

In 1941, in his early 20’s, Mandela came face to face with the biggest problem surrounding his country from hundreds of years- “Racism.” Racism is a form of discrimination against people of a certain race or skin colour.

When Mandela started attending the University of Law in Johannesburg, he was the only Black student in the entire university. Due to this, he constantly faced racism from the Whites.

While studying Law, Mandela figured out that the South African government was the main source of this discrimination as they were responsible for introducing several laws that completely violated the basic human rights of the blacks in South Africa.

In 1943, Mandela (aged 25) met Anton Lembede (aged 29), a Lawyer and member of the African National Congress (ANC). Lembede, a Black man himself, believed that the “Black Community” of South Africa must unite together and fight for their human rights.

Mandela got highly impressed by him, and in 1944, Lembede founded the African National Congress Youth League (ANCYL). Lembede became the President, and he appointed Mandela as a Member of the Executive Committee. 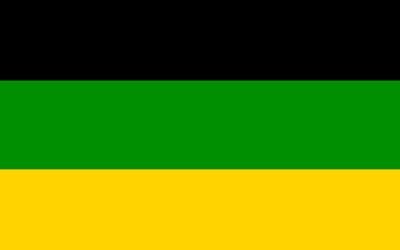 After the death of Anton Lembede in 1947, many people were appointed as the President of the ANCYL. But, Mandela quickly realised that they were not the right men for the job and forced their resignation from the post, even though they also belonged to the Black community, but Mandela did not like their approach.

In 1948 General Elections of South Africa, only the whites were allowed to vote, which resulted that the opposing party got elected, and more severe laws were introduced against the Black community.

This gave birth to the term- “Apartheid,” a system of dividing the people of South Africa on the basis of their skin colour. In 1950, Mandela was finally elected as the President of the ANCYL and as the National Executive of the ANC.

Throughout the 1950’s, Mandela led the life of a revolutionary in which he organized many strikes and protests against the ruling government. During this period, he was arrested several times, but his determination to fight for the rights of his beloved people never faded.

He decided to build cheap law firms that would allow the Black population to hire lawyers to fight against Apartheid. But, the real struggle began in the early 1960’s. The Government declared Mandela’s party ANC illegal and banned them.

From the period of 1962 to 1990, Mandela was imprisoned by the Government in three different locations of South Africa- Pretoria, Cape Town, and Paarl. He served 28 years of imprisonment for doing nothing wrong.

This showed how brave and determined he was to fight for equality. In 1964, Mandela gave one of his most famous three-hour speech-  “I am prepared to die.”

Which he began by saying,

Mandela was a huge admirer of India’s “Father of the Nation”- Mahatma Gandhi. When he was organizing strikes and protests against the government, Mandela made sure that the protests were peaceful and non-violent, following Gandhi’s idea of “Ahimsa.” Mandela had a similar determination and will to ‘never give up’ to fight for what is right.

In February 1990, the then Government of South Africa declared the ANC legal and announced that Mandela would be released from prison, aged 71.

Mandela was announced the head of ANC and became a symbol to end Apartheid in South Africa. For his achievements, he was awarded the Nobel Peace prize in 1993.

In 1994, after more than 300 years, the Black population of South Africa was allowed to vote for their ruler. By a huge margin of votes, Mandela was elected as the First Black President of South Africa at the age of 75.

Nelson Mandela finally retired from politics in 1999 but continued to work as an activist. He sadly passed away on December 5, 2013, aged 95 in Johannesburg, South Africa.

Although we cannot see him physically anymore, we can clearly witness the change he has brought in our society. Mandela carried a revolution in his country, but the voice of his revolution was heard across the world and inspired millions to fight for their rights and never give up.

The world will forever remember him alongside leaders like Mahatma Gandhi and Martin Luther King Jr. as a symbol of how an individual can truly make a difference in the world.